Orkney is a group of seventy islands, lying off the northern coast of Scotland. Fewer than twenty are inhabited.

A trip to Orkney gives you the opportunity to look back in time: through both world wars, crofting, Norse and Neolithic eras. Locals say if you scratch the surface of Orkney, it bleeds archaeology. Venturing further back, the rugged landscape affords glimpses into the geological heritage that physically shaped our islands many millennia ago.

In 1999, the Heart of Neolithic Orkney achieved World Heritage status. Sites continue to be discovered and excavated contributing to the intrigue and fascination associated with the history of our islands, making Orkney a must-see holiday destination.

In the main town of Kirkwall stands the magnificent St Magnus cathedral, founded by Earl Rognvald in 1137 in honour of his uncle, Magnus. Orkney was part of Scandinavia until 1468 and has been Scottish for as long as it had been Norse, leaving a strong connection in DNA, names, dialect and the everyday way of life.

Scapa Flow, one of the world's largest natural harbours, was the naval base for the British fleet during both world wars leaving Orkney with many interesting war-time stories including the scuttling of the German fleet and the sinking of HMS Royal Oak. After the loss of the Royal Oak, the Churchill barriers were built to strengthen the defence of Scapa Flow. Italian prisoners of war were involved in the construction of the barriers; they built the Italian chapel during their incarceration in Orkney. This is now one of Orkney's most popular tourist sites.

Now Orkney's main commerce is derived from farming and tourism. There is also a thriving craft industry, all inspired by Orkney's heritage, landscape, flora and fauna. "Good art springs from a fruitful contact with the elements." –George Mackay Brown.

Orkney has a diverse range of leisure activities including golf, fishing, sailing, diving, walking, traditional music and dancing, bird watching and many more. At the Pickaquoy centre there is a swimming pool, squash courts, fitness centre, cinema, climbing wall and soft play area for children. 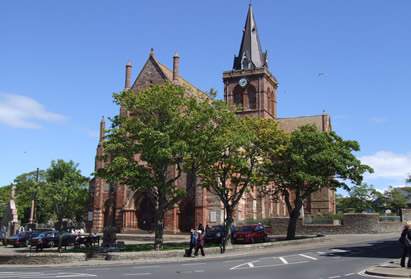 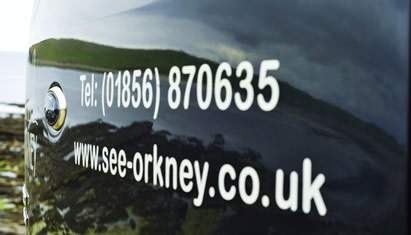 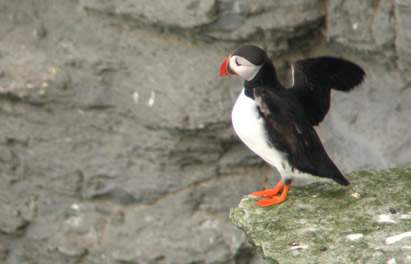